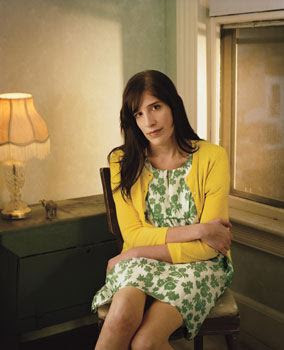 Maybe this is going to be sad because Andrea died. She spent a weekend at the Big Yellow writing retreat, pushed herself and her oxygen tank into Packards for Friday night drinks and onto my couch for our Saturday night group Hootenanny. When she died just two days later, our Big Yellow group lost one of our own, one of our best and brightest.
.
I don't know what brings me to talk about Andrea today, but she is in my mind. It might be because my beloved friend Renee reminds me so much of her. Their ages, backgrounds, circumstances are different, but their spunk and courage and ability to live life large is so similar it's uncanny.
.
So I'd like to introduce you to Andrea. This is a post from her blog, written in the midst of her spunky no-holds-barred battle with cancer. And if you like this, you may want to go here: http://www.glamour.com/magazine/2008/05/essay-winner-surviving-cancer, where you will find Andrea's award winning essay in Glamour Magazine. After she and we waited for months with unbridled anticipation and pride, she died the day before it hit the stands.
Thursday, February 14, 2008

The other Andrea Coller got married. This is my theory. How do I know?
.
I googled myself. (Come on, EVERYBODY does it, right? And my Mom says it's perfectly natural...) And now, it seems that the other Andrea Coller has taken on an additional name. I'd like to think that she was inundated with so many "ohmygodijustloveyourmusic!!" emails from all of the kids out there that she just changed it to avoid all of my rabid fans. In reality, though, it seems that she met a nice Scottish boy and settled down.
.
Bitch.
.
So if any of you don't know, I'm kind of glued to my couch these days. It blows, but it's my own fault. By New Years' I had completely run myself into the ground with my constant working and no-time-for-sleep-no-time-for-food lifestyle. God, I miss it. I sigh now and think about how fucking fabulous that cycle was- coffee, work, coffee, coffee, rockshow, drinking, pass out, coffee. And I did it all in heels and pencil skirts. I'm jealous.
.
Making a looooong story short, on January 2 I went to the ER because I felt totally awful. I woke up a couple weeks later at Brigham and Women's in Boston. It seems I'd developed severe pneumonia, in addition to a full-body toxic infection, which caused complications with my heart and lungs. Couple of weeks in the ICU, then regular hospital, then another... It's some slow-moving shit. So I just got home last week. I'm still hooked up to oxygen, and not able to walk much farther than my kitchen. I'd normally describe this as a fate worse than death, but I'm trying very hard to be optimistic.
.
I hate optimists.
.
I bet the other Andrea Coller never had to deal with crap like this.
Posted by kj at 9:00 PM