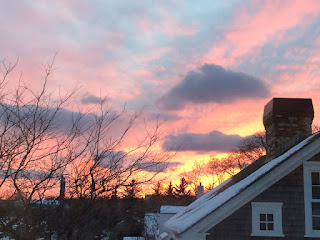 Soon the swimming pool down the block will close and soon we'll plant yellow mums in our window boxes. I'm not in good physical shape. Two weeks ago I started a non-traditional non-surgical back repair program that includes heat, ice, laser, decompression, nutrition, and chiropractic treatment three times a week. This is my last shot to avoid surgery and although I'm complaining I'm committed.

But that's another story. Here I am on the water's edge of Cape Cod and as always the light is glorious. Little by little JB and I now have good friends, good neighbors, here. If Jess and our grandkids were a little closer, living in Provincetown is spectacular in every way. I bid a happy goodbye to the summer crowds and a blessed hello to crisp air and golden glows. 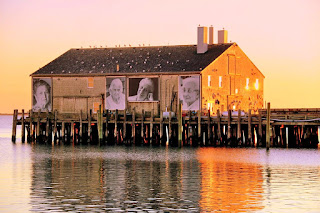 My brother died a month ago. Because his heart capacity was so weak, he knew he would die but not so fast. He spent the last six months at home feeling better than he ever had, doing what he wanted to do, studying physics and cleaning up his computer and glad that he finally knew why he'd felt so heavy for so many years. He died in 10 minutes, from his kitchen to his favorite chair, and his wife was there to make sure he breathed without panic until the end.

My parents are gone; now my only sibling is gone. I know that there is a family history I will now never know. It feels strange. But what I think most of all is that my brother and I had a good relationship and we acknowledged that at the end. He apologized for not inviting me to his quickie wedding decades ago. I helped him with doctors and hospice. No regrets is its own blessing. 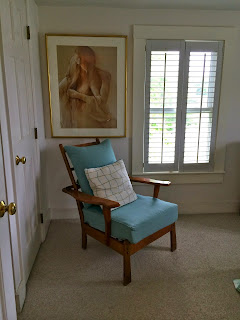 We're also finishing up our side yard: new decking, a railroad tie retaining wall, a feel of the beach, hopefully, once done. There's nothing I like better than hiring someone to do all the work and I get to watch the transformation happen. 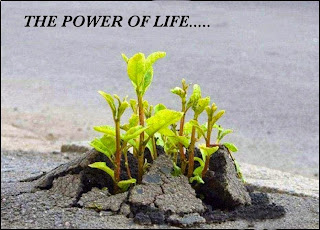 And finally: Donald Trump and the state of the state. I'm sorry to say the American economy and American businesses are rewarding his misguided and amoral policies: the stock market is up and jobs are expanding. This should be good news but the cost of financial prosperity has been at the expense of diversity, human dignity, international friendships, and decency. Donald Trump is an amoral man. It troubles me to no end that a third of Americans actively support him and almost all of the Republican controlled Congress complicitly enables him.

I have to believe there will be an end to this and in the end American democracy will have survived. The first measurement is the mid term elections in November. It will be a happy day if the Democratic Party retakes the House of Representatives. If not: holy shit....

Finally, I want to add to and ask for good energy and blessings for my friend CS (Secret Agent here on our blogs.) Damn cancer has interrupted her good life and she in the middle of treatment. She'll probably push back on me if I say she's brave but she is, and she's willing to share her journey in a most helpful and intimate way.

Best wishes in a new season, everyone. What's new with you?
love
kj