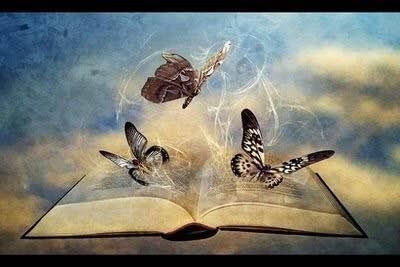 I've begun cleaning out my computer files and I've come across a memoir I put aside a few years ago. It brought me back to probably my earliest blog post, written in 2006 at a time when I saw and experienced life a certain way. I'm still pondering what has and hasn't changed in my thinking, but I do know I still don't mind taking a risk or two. How about you?

Whatever is exhilarating is also risky, kind of like riding a roller coaster with your hands above your head and your feet so flip-floppy they won’t help you brace, especially during that first long wild dip, when your hair flies behind you at lightning speed and you can barely hear your own screams because they are folded into the chill of the collective scream, all the way down, until you level out waiting for the next rapid rise and fall.

True, there’s a steel bar across your lap that holds you to the seat, makes sure gravity will not pick you up and plummet you into mid air and sudden death, but let’s face it: you want to ride that roller coaster that way—reckless and reflectively—so you hand over a piece of yourself without knowing the ropes, the same as if you choose a backcountry trail without provisions or a map; you do it that way and you’re taking your chances that you'll know what to do when the danger rush comes flying at you, when there’s no time to think and certainly no time to plan.

You know it makes more sense to size things up, take your time and venture slowly, get familiar with what's known and what isn't. You know It’s better to not be surprised when you are not prepared, to keep the rudder steady, to drop Hansel and Gretel corn kernels behind you so the path stays familiar. But then again when you know your way, you’re not surprised, and when you’re not surprised, you’re not deep in the thrill and the rush ride that’s lost to you is not exactly small.

Isn’t that why sooner or later you come to admire people who just throw their arms up and go with it and venture forth, no map, no plan, no umbrella, no kernels of anything except the wild stallion within them, why you react with amazement when they decide to let loose, finally, fully, foolishly, yes, but who’s to say the benefit won’t be the lovely freedom of unleashed passion, newly minted wonder, a way of moving in a sometimes flat world, a level of deciding that transcends and transforms everything that’s come before it?

Don’t most of us envy people like that, wish we could do it that way too, at least sometimes? Don’t you want the earth to move, the foundation to shake, the stars to explode right in front of you, to throw you off your feet and high into the air in one explosive bolt? Really now, Don’t you?

I knew a woman who traded in her compass and her raincoat for the thrill of the open road. She burned her house down and everything in it one October morning and she never looked back. When she ventured forth, she was anchorless, weightless, unencumbered, clueless, totally wide and open and fresh and full. It was like her heart had split itself down the middle, pulsating with its own raw recklessness, spilling forth love dust everywhere, no fences, no ambivalence, no back doors, not a molecule of second guessing. She slid onto that roller coaster seat and for two years she rode up the track and down, letting an unfamiliar and totally exhilarating passion slap her face, toss her from side to side, spike her right off her seat. Vibrant images and new possibilities flew by her with lightning speed, new colors and new…….

...That passion sometimes overtakes, not just exhilarates. Have you learned that hearts can roam free and wild for only so long, before they need to slow down, level out, open up and wide, yes, but did you know that hearts prefer a clean cut that expands and not explosives that blast?

Because when your heart explodes, shards blow and fall everywhere, and you might spend years picking the blown apart pieces, trying to put them back together rightly. That is what happened to this other woman I knew. It took her a long time to stop looking to find and repair all those pieces. It took her a long time to learn about balance and safety and steady sails. But she did learn. But too, every once in a while she is back on that roller coaster, whoopy-ing her way through wild arms in the air ride, letting the wind take her again, leaving her umbrella and compass in a back room somewhere.