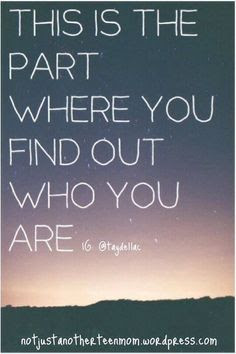 I'm finishing up a novel I've been working on for several years. Not consistently. I probably went a year or more without touching it at all. But now, 300 pages later, I'm almost done. Actually, I am done, but the last month I've been chopping and polishing and editing, chapter by chapter. Doing this is joy for me. I'm getting closer and closer to knowing I will have done the very best I could.

This is quite a process. I've re-read the manuscript several times now, tightening words and deleting anything that doesn't add to the plot or characters. Today I  put together a timeline that begins in 1947 and ends in 2011. I have to fact check all kinds of things: was there e-mail in 1985? How much did a house cost in 1970? When did John Denver write Rocky Mountain High? What was the average hourly wage in 2000? Who won the Super Bowl when Michael Jackson wrote Billie Jean? And on and on. A book has to be congruent. I can make things up, of course, but some things need to be factually accurate. I've picked up a good 2 dozen errors so far.

I'm also establishing what happened when, and deciding what's relevant and what isn't. I realized I can't write this family novel without mentioning September 11'th and JFK's assassination and the AIDS crisis.

And I'm word-smithing. Can I use one word to show this instead of 4? Do I have too much description and not enough action or dialogue? Have I kept the plot moving at a good clip?

In a few days I'll send the manuscript back to the Development Editor I hired (Zoe Quinton), for her 2nd read through. She's been absolutely great, which for me means helpful and clear and encouraging. She tells me the book is good enough to land an agent and I think that means to land a publishing contract. I have this grandiose idea that the story can also be a mainstream movie.

All of this means I'm writing a book I feel great about. I love the writing of it, fleshing out the characters, creating story arcs, offering a glimpse of my version of loyalty and devotion. That's the theme of the book.

IF (a big IF) I'm lucky enough to be picked up, it would be another 1-2 years before the book would be in print and available for sale. Publishing is an industry that generally moves slow. I'm not sure why.

Is this my new career? I think so. For many people, it doesn't matter if other people like what they do because they do it for their own benefit. That's not me. I would love some degree of commercial success. I think I have a shot at it.