A Rant with Good Reason 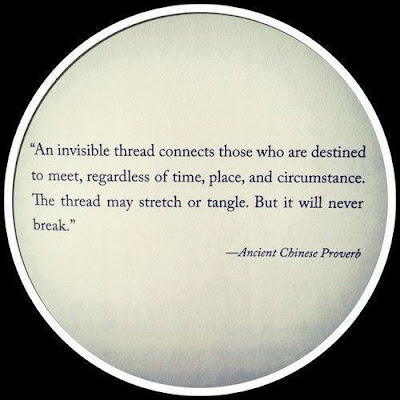 In the midst of so much worry about children being taken from their parents at the Southern Border, yesterday I listened to Donald Trump describe their trek through Mexico to reach the United States. "They're strolling like it's Central Park," he said, "they're criminals infecting our country."

This is so far from the truth I'm constantly stunned by how and why so many Americans believe him. There is  concrete evidence that almost all the families and children walking for days and weeks to apply for asylum are anything but criminals. These are folks who have left their countries because their choices ran out, and not just from poverty, but because of threats and episodes of lawlessness, murder, rape, people suddenly "disappearing."

This is the reality but Donald Trump pounds out the message that immigrants are 'infecting' America and must be banished, that it's 'us' or 'them.' As a country, Trump's government has no interest in promoting or protecting human rights. To be living through this is unreal, disheartening, frightening, and thank god for this too--energizing.

Yesterday on Facebook a woman from my high school and a Trump supporter blamed the parents for exposing their children to roundup and lockdown by the United States Government. Several other high school classmates agreed with her that everyone has a right to their opinion and Trump is doing his best. I disagreed.

Do we have the right to offer and support an opinion that contradicts facts and debases morality? Is it okay to say that slavery was justified and white supremacy is justified? How about Hitler--should we respect the opinion of anyone who says the Holocaust never happened? Should we justify small children being ripped from their parents and warehoused throughout the US because the US President  didn't plan for that or doesn't care that these kids will carry this trauma for the rest of their lives?

And yet here we are. I'm well aware that this post is not fun to read and may not be read at all, same with my recent Facebook posts. But isn't that a problem? Are we numb? How can it be that more than 40% of Americans and 90% of Republicans support the lies and racism and inhumanity of Donald Trump? These are folks I went to school with, who had the same safe childhoods I did, whose parents were likely Democrats, as mine were. These are decent and intelligent people, except they've put their faith in a Fascist. These folks are furious Trump is being compared to Hitler and they believe nothing the special counsel is uncovering. These are folks who don't mind that Donald Trump is systematically dismantling our democracy and our diversity.

This is probably the lowest point in American History, certainly in my lifetime. Was the Civil War like this?

How is it that Trump supporters can be so misguided, so uncaring to the plight of others, so believing of a man who lies all the time? Do they care that their schools and children aren't safe, their communities are feeling the disastrous effects of climate change, their health coverage is in trouble, their allies in Canada and Mexico and Europe have been abandoned, and what we're told about Russia and North Korea are lies?

Children at the Border

I won’t bother to include links that show and tell in detail what Donald Trump and the United States Government is doing to the toddlers and children who have arrived at the U.S. border seeking asylum, which by the way is not a criminal act.

I will simply say my disgust level could hardly get much higher. Donald Trump is an amoral man who uses immigrants and children to bargain for his border wall and insistence that the family members of American immigrants and the refugees seeking safety have no place in his vision of white America. He’s counting on the fact that moral people will have to cave in order to stop atrocities he condones.

May karma and the universe right this and bless my country. 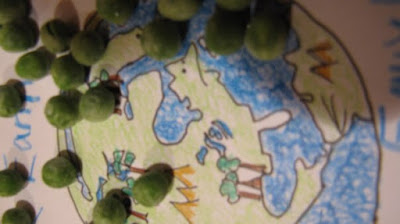 Peas on Earth by Emily Rabbit some time ago
In my lifetime I have never seen racism in the United States so blatant as it now presents itself. The U.S. President is racist by every standard and he incites his followers--his base--to apologetically push aside and condemn decent people who are non-white. In the early 1970's when I lived in Germany I asked my German friends how their parents and grandparents could have allowed Hilter to systematically persecute and murder Jewish citizens and families. The answer was "they were too afraid to speak out."

Being "too afraid" is not what I am witnessing now. I'm not even sure what to call it: white supremacy, resentment, fear? Perhaps, but at its core there is a heartlessness that refuses to accept that helping people in need is a core value of being a good human being. And because the actions of my government on immigration are especially so disturbing, I find myself asking over and over:

With all our advancements in technology and science, why have human beings not evolved in compassion and cooperation?

Why do we still fight each other? Why are we at a point where even a family seeking refuge from harm or poverty is viewed as a threat, unworthy of help? Why is male aggression still so dominant? Mothers--women--bring up these little boys who become arrogant men and use power uncharitably: why has feminine influence and evolution not brought sensitivity and kindness into the fabric of our DNA?  (I know this is not all men. But masculine dominance is always found at the core of our world conflicts.)

There is plenty of discussion about what will happen to America once Donald Trump the man and president is gone. That day will come but I don't know what then. I'm truly shocked that almost 40% of my fellow Americans are willing to look the other way while racist treatment of non-white people is clear as ice. The economy, the stock market, jobs--yes, of course we support growth and opportunity. But is that really what's happening? Because what I see is an American Super Bully closing out anyone who dares to pursue inclusion and commonality.

Donald Trump won't stand. But I have to wonder what comes next. Not just in my country, but in our world. Will we ever have true peace on earth? And Jesus, I ask, why the fuck not?