Am I an Elite? 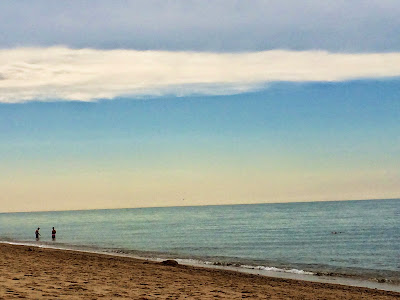 It could not be a more beautiful Autumn here. I am writing every day, benefiting from the ocean air and sunsets, and planning for a huge renovation of our kitchen and second floor. We will have to move out of our house for three months this winter and soley by luck, we've found an affordable two bedroom incredible place to stay, directly on the bay. I will watch the tides and the weather coming in and changing with the eagerness of a puppy.

I am also following the human and political drama of the American Presidential Election. I do not support the candidate who targets Muslims and Mexicans and speaks with uncensored vulgarity. Still, I try to dig into how he can possibly have the support of so many Americans. I know at least two dozen decent thoughtful people who agree with him and I find that boggling.

The candidate likes to point fingers at the 'elite' who are rigging the election against him. "Washington insiders," "Not regular hard working Americans," "People who read the New York Times and watch CNN."

I don't live in Washington DC and I read and listen to all kinds of commentary and news, including the Times and CNN. Am I a regular hard working American?

I'm a college graduate and I'm white and along with JB we have income and savings that got  us a second home for a time and allowed us to get our daughter through college. I don't worry about making rent and we find ways to travel as we wish. I'm older now so I work only part-time, on my own terms. I spent a recent five years in the middle of an impoverished community serving white, black, and Hispanic families. My Father was a mason who left school in sixth grade and my Mother was a seamstress who came to the USA speaking only French and dropped out of school even earlier. I grew up in a middle class industrial town in Massachusetts, my family owned the house my Father and uncle built themselves, I went to a state college, I started my own business, I'm quick to volunteer.

When Obama was elected to the Presidency, I accepted, with relief, that the melting pot of different nationalities and races and religions and sexual preferences won out: that the melting pot would finally take root. I knew there was an real and mostly white anger that the country had changed, that manufacturing and employer loyalty had fled, that people on entitlements seemed to have it easier. I knew that but I thought the majority of Americans had spoken democratically and decisively.

I was so wrong. That anger simmered and Donald Trump has now given it a legitimacy that borders if not crosses race baiting and violence. It's US and THEM.

He blames the problems and the differences on the elites.

Based on education and income, that must be me.

But that must be him too. And all of government. And all of our educational institutions. And all of Congress. And the Generals. It looks to me like it's everyone but the powerful mostly white males who like to rule with authority and are not interested in nuance or balance. And it's not the folks who feel like the wrong direction has ruined the country.

It's not the folks who have felt powerless, who long for job security and a time that won't be coming back again no matter who is President . This man says he will take the country back to the 1950's. Back to when jobs were permanent and unions had clout. Back to when black people were second class citizens in silence. Back to when the United States had no interest and no need to collaborate or cooperate with other countries.

It is my hope that the damage already done settles down and enough people understand we have to heal.

Am I an elite? I must be; I qualify. But I don't feel a whole lot different than most other people I meet and know. I'm likable and fair and it shows.

My biggest fault is that no matter how hard I try I cannot understand how and why good people I know continue to support a man who is pretty much a pig.