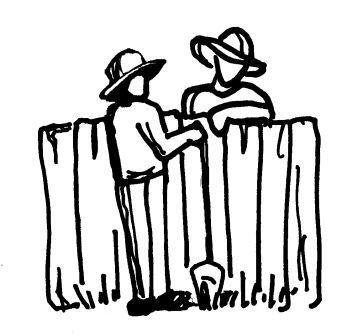 It appears that I am writing again, regularly, and happily. I've had a reason to look back at my words over the last few years and some of them may find their way to my blog. Like this one, which is kind of topical for me since the holidays are here and I think about certain people who have come and gone. I'm no fan of that.

Twice I’ve tried and failed. I hate regrets and I have two big ones.

Through an intermediary I send word to my first deep and true love. It is 25 years later and I calmly see my part in the painful bitter betrayal that choked us both. The response back is a non response: a dollop of vanilla variety silence. If I read into it, the non words are clear:  ‘I am ignoring you. Leave me alone.”

The second regret is less complicated but equally unfortunate. I lost a good friend to a bad decision, one that was not then and definitely not now worth anything close to the cost. It’s been four years. I’ve sent a couple of cards and left a couple of phone messages, apologizing, lamenting, hoping for a reconnect. I’ve gotten word back, olitely and indirectly, that the time is not right… maybe some other time.

I am looking for redemption and find it buried in rejection.

Isn’t that just the way sometimes? You have to let go of someone you wished you had gripped harder or softer. You have to accept what you can’t make right. That’s your only chance.

I’ve phoned my friend Dory and we’re sharing a double scooped hot fudge sundae in downtown Northampton. It is a warm breezy Sunday night in June and gratitude skips around our ankles. Dory has made a few regret calls herself lately, with similar results.

It’s a divine loss and the ice cream is also divine. Just ice and no heat.

Isn’t that just the way sometimes?

I should say something,
this week knowing
how much has changed
in the flick of a ballot.
I am not a fan
of the man.

I can't explain why or how I am reserving judgement about the terrible miscarriage and mistake of electing Donald Trump as America's President.  For some  reason I think he is going to blow the lid off the racism and fear-mongering and divisions that have festered in the land for some years now, and for some reason I think a majority of people--decent people--are going to scream and insist 'Enough' and 'No More.' I don't know what that will look like--how severe the correction will be--but I believe there will be a correction that is already overdue.

I'm sorry the USA is putting us and you though this, World. It must be our Amrican nature to roll the dice. This time that recklessness will break our hearts, but I don't think the damage will drown us.

I can't tell you why I think this way. But for some reason I do.