Medical Baseball and the Umbrella of Grace 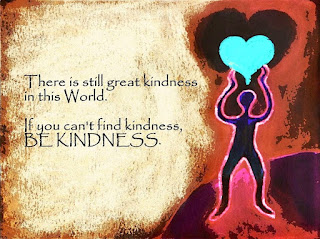 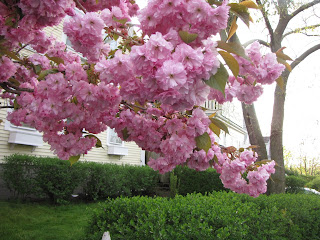 Since the beginning of my blog in 2008 this is the longest I've gone without posting. There is also a change in content because I like my blog to be upbeat and creative, informative. But instead when I do post I've been writing about myself and not in my normal optimistic way.

Here's a nutshell: JB and I moved to an ocean dream house last August. Even prior to that JB was in a wrestling match with anxiety, not because because of life events but because of genetics. You may or may not know that the management of anxiety is an art, not a science. The medication part is a trial and error process and it can take months.

So we move in August and from there, I have a routine annual physical. The blood tests are suspicious. So I have some diagnostic medical work ups--scans and specialty exams-- and they are normal except as an aside, the workups discover other areas that merit more workups and scans and specialty exams. That's where I am now--knee deep in unknowns that do not appear to be life threatening or life limiting but I'm not feeling quite right. That's the backdrop to last Thursday and beyond. I am at a friend's wake and I pass out, twice. I'm out long enough that it was a dramatic event. Poor JB. It was scary. We went to the hospital by ambulance. With a siren.

Five weeks ago JB and I traveled from Massachusetts to Arizona to visit a friend I hadn't seen in 35 years. She's had ovarian cancer for 7 years and she asked me to come. On the way JB and I won $ 6300 playing the slot machines in Las Vegas.

When we arrived in Arizona, my friend had just been given a prognosis of 4-6 months but it looked more serious than that, my friend's adult son had just moved in to help her, her ex-husband Max was there too, and her current husband was in the quickly advancing stage of dementia and decline, which no one had talked about until we got there.

I've been able to help with this: getting hospice involved, arranging cognitive medical care, assuring that wishes were honored and financial matters corrected, reconnecting with my friend as if no time had passed, building on a bond with my friend's son Eric that had ended when he was about 8 years old, and realizing that my long long friendship with Max has morphed into family status. My friend died peacefully a week ago and her family will have no regrets and great memories. I know I had a part in that. It was a privilege.

Thursday night at the Emergency Room, with JB and my daughter Jess (mother of four small children: what a gift that she could be there), I am in the middle of test upon test as Max and Eric walk in. They have left the funeral service to come to the hospital. Jess hasn't seen Eric since they played together when she was 6 and she has never met Max.

Here's what happened: the five of us sat in the ER cubby for 90 minutes, talked, shared, remembered, laughed. Then when I was discharged we went out to dinner (I moved slowly.) It was such a relief from sadness for Eric and Max and such a distraction for JB and me. And another thing: so often, by necessity, most of the time I step into my daughter's life. This time she stepped into mine. It was precious in a way I will never forget. I wonder if others (you) understand this, how precious the memory of a bad situation can turn out to be?)

I am now home again. I will see my local doctor on Monday. I am concerned about all these symptoms that don't seem related to each other and the truth is I don't feel great and haven't for a couple of months. But I'm not so concerned that I'm convinced I'm on a path of crisis. I'm bothered that I'm missing too much of Springtime by the sea; that my little yard doesn't have my gardener's touch; that I haven't made new friends here. But I know to wait to worry. So far I have no actual bad medical news.

Meanwhile, I keep thinking about the last few days. The ambulance ride was a low point. Poor JB was so scared. And then, in the process of burying a wonderful woman who fought to live and died in peace, five connected people came together in an Emergency Room cubicle and shared something deeply healing and deeply important; something that will be long remembered.

I'm convinced this is how grace works.