Hello everyone! It's me, Emily!!
.
Where have I been?!
.
That's a good question and some of it is a secret that involves me writing a column for the lovelorn (I'm not exactly sure what that word means but I think it means you have a problem and need advice).
.
kj said I have to keep this short this week because no one has time to read. BUT my business manager Jos asked me what to do with her nephew who is going to stay up ALL night so he can SEE Santa in person.
.
That's easy Jos: Benadryl or Tylenol PM. Mix it in a peanut butter sandwich or crush it up and put it in a little jar labeled "eat this fast for extra Christmas presents."
.
See, this is the kind of advice I am going to give in my column. Pretty good, huh?
.
Okay, so now I will show you some of the animals (well not all animals) that live at # 9 right now. I won't say alot about them, just a little:
.
. 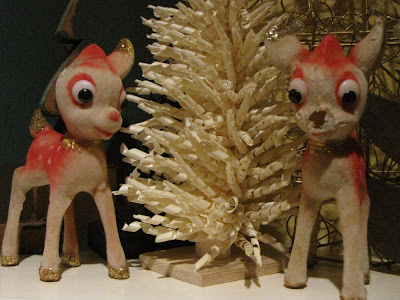 If you think it's bad that there is one ear and one nose missing, you should see one of the behinds! 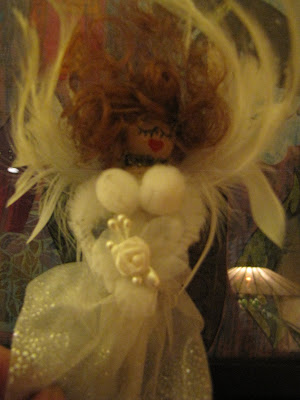 kj says it's amazing what one clothespin and two cotton balls can do.
(Her name is Lucille) 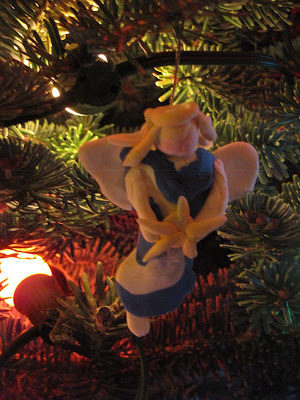 Made by kj, who paid me to include this so her friend Marie Segal could see what she made playing with clay with a five year old boy who made a dragon who bit kj on the knee 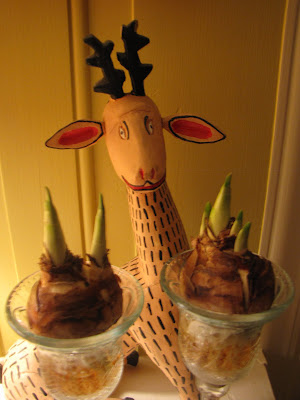 Francine is never in a bad mood. Obviously there is something wrong with her. 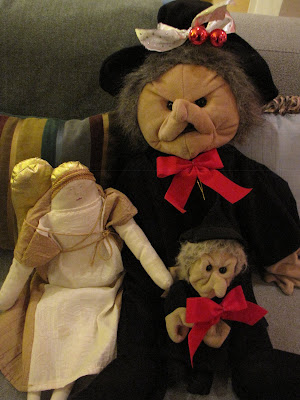 This is Esther, little Mildred, and Angel Angel. Esther drinks too much during holidays so kj has hidden her broom so she won't pass out on the hall light again (it was embarrassing, even I thought so) 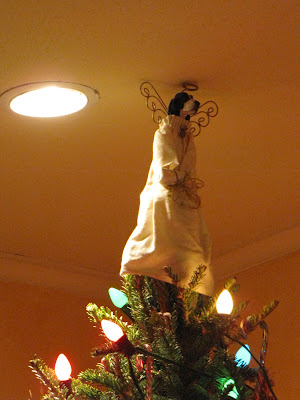 .
.
Sometimes this makes kj and JB cry. This is their Rosie on top of the Christmas tree. I would tell you that she is squished this year if I weren't trying to be brief.
.
.
I hope everyone has a happy holladaise. and of course peas on earth. Don't forget not to let anyone push you around. Tell them to take a long walk off a short pier if you have to get tough.
.
Very Sincerely,
.
Emily V. V.Rabbit