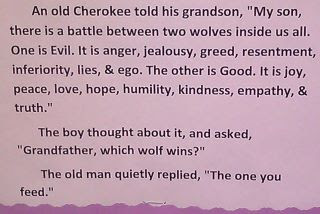 Nobody talks about her/his financial situation on the blogs. I don't either, but I have no doubt there are times when alittle or alot of money makes life easier and fun and not enough brings challenges and stress.
I am lucky to have bathed in abundant waters for a brief awesome time. Just about six years ago JB and I sold the house we had lived in for twenty years. It was a magficent pink and grey Victorian duplex with three floors and 14 rooms. When we bought it the kitchen was home to three rusty refrigerators, the elegant pocket doors were used for dart practice, and some of the rooms were so cluttered that it was not possible to enter them.
The place was in bad shape but it had solid bones. Slowly, year by year we made improvements.
We sold our house at the height of a housing boom and with the knowledge that one hour later we could never afford to buy it back. We then bought #9, a modest seven room executive ranch house in the Pioneer Valley and for the first six months we were very rich. By very rich I mean we were able to fix up this new house all at once and in some cases splurge without any hint of normal caution.
For example:
we remodeled an old three season porch and made it super cozy
we bought an outdoor hot tub and put it just outside the cozy porch
we installed recessed lighting in the living room complete with 4 sets of dimmers
& garage doors that open and close when you push a clicker
We put a ceiling fan in the bathroom that has a heater for when we get out of the shower,
fenced in our property so we no longer feel like we're on a main street
took a trip to Italy
insulated and painted the shed in the yard and created JB's Magic Cottage Studio
chose new lighting for every room
refinished the floors, &
paid someone else to dig up and till my garden space
There was more. We weren't totally reckless with this cash windfall but we weren't confined either. We made our selections and choices with tasteful, creative, and fabulous abandon.
Unlike now.
Last month I pulled out the bills and the checkbook and set about the task of making do with less. JB has deservedly cut her work hours back and if we don't figure out how to manage what we have now, we'll be risking and having problems in our future.
Money is such a personal and challenging issue for most people. It's a fact that when you have more you will spend more and where ever you fall on the continuum between reckless and miserly will remain the same. My own view is that I wish to be generous with myself and others, but I don't want to drag along debt and worry I can't control. Thus my effort and attention to not to spend a whole lot more than we have.
I also know that it is ludicrous to think of being rich in terms of money. Family, friends, health, purpose, passion: that is the currency I covet. In any situation, whenever I can, I choose abundance.
The heyday of a monetary windfall is likely over for me. (Maybe not, you never know) (grin). I'm back to weighing priorities, saving for the fun stuff, being sure we have an emergency reserve when not if the unexpected happens.
But I'm still rich. I know what feeds me.
End of story.
love kj
Posted by kj at 11:00 AM