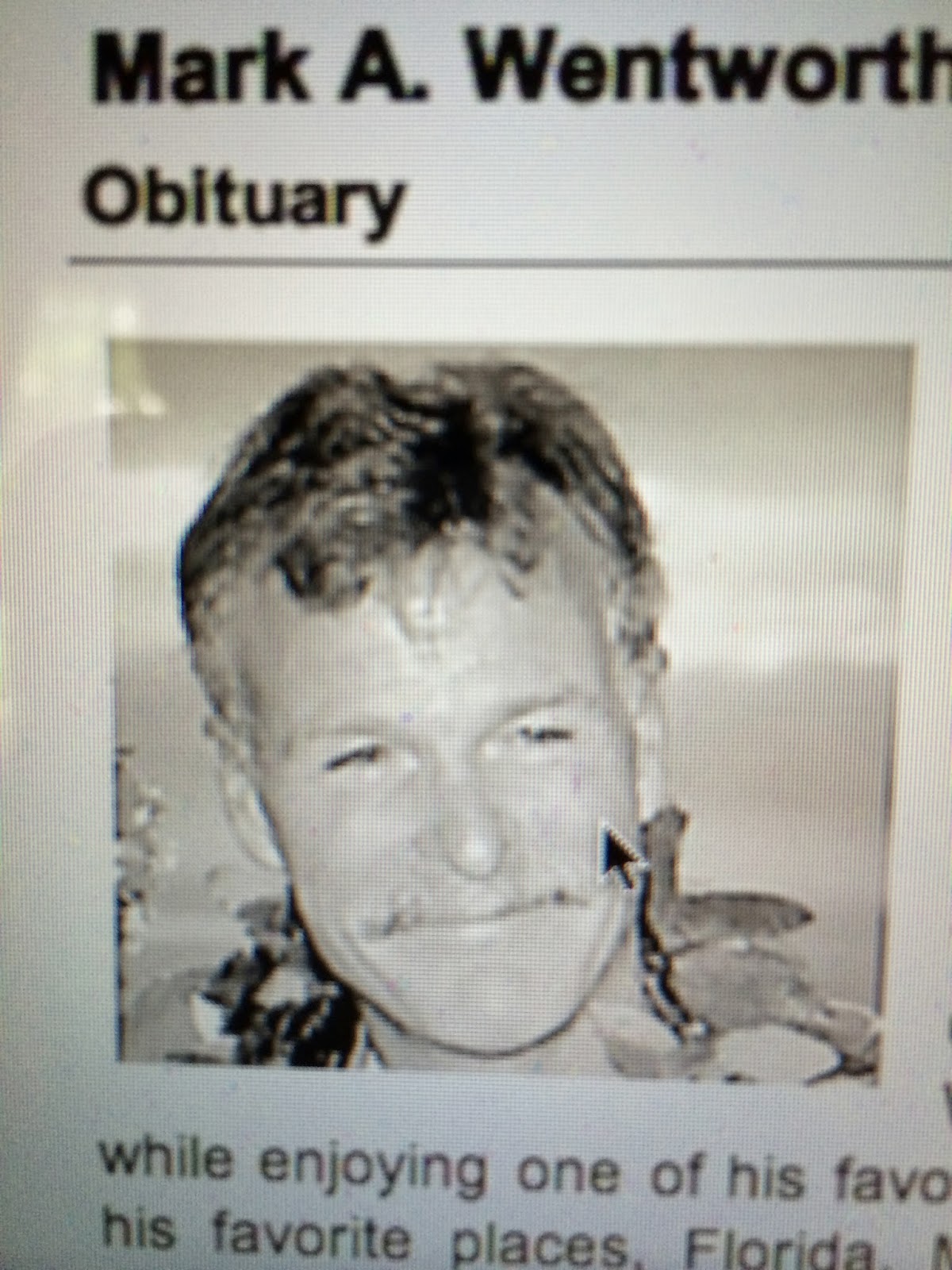 Mark and I became friends in Erlangen Germany in the early 1970's. I was a counselor at the artillery base where he was stationed and gosh, I liked him and we liked each other. All of us were far from from home so the friendships we formed were deep and important. Mark and I cooked a turkey together for Thanksgiving one year. We worked and laughed together. I was married but he was the kind of guy I always wanted to date: handsome, safe, easy going, fun, smart. I was so glad we were friends.

I don't know why we didn't keep in touch when we returned to the States. Every so often I've tried to find him on Facebook or Google, but for whatever reason only two nights ago did I track him down and learned he had died in 2010.

What a weird sad and familiar feeling. Something seems to be coming round after forty-plus years and it feels so strange. I've been married, divorced, remarried, raised a daughter, built a career, and now I am also writing books and tending gardens and loving grandchildren.

And in the midst of my life now, my past has found me. I've reconnected with neighborhood and high school friends I haven't spoken to while these years have rolled by. I know Facebook has a lot to do with this, but not just. Last year I spent an evening with friends from junior high school including Max, who as a gawky 13 year old I adored and I knew he was out of my league. But that's not what he told me last year. "I would have been interested if I had known you were," he said. I'll be damned.

This has been a year when I am aware of older (versus old). I am aware that I could suddenly die. I don't say that morbidly: I am just aware in a way that my 36 year old daughter is not. JB and I had some trouble lugging out the lawn furniture from the cellar this year, and I know from my hip and back and knee pain that I don't walk with the bounce I've had.

I also view friends differently. I am more and less patient at the same time. Last week the husband of one of my closest friends did something dishonest and manipulative in an attempt to avoid paying us for something that he broke. This was not the first time and I'm finished with him. I'm comfortable with that. I don't like him and so he won't like me. This is no doubt going to affect my friend and I hope we will weather it through. I don't know if I will tell her I worry about her because of him.

Like myself I have friends who are not perfect and do stupid things some times. I'm more tolerant because I understand no one is here to please me. It's better that we each are as much ourselves as possible and with that we make mistakes and do our best. It seems I've recently lost a friend here in the blogs and I have no idea why. Maybe it has nothing to do with me but I accept that. Maybe there's a time and place for friends and often I've found that means not forever. I don't like that fact but I accept it more gracefully than I would have in the past.

Back to my friend Mark. How weird to grieve someone I have not spoken to in forty years and who died four years ago. But I do grieve. How well I remember the fun we had together. I'm thinking I'll call Max in California tonight. And I'm thinking the days ahead are totally up to me. That is both a blessing and a responsibility.  I'm glad to know.

How about you? Any thoughts on this?