Snippets from a Road Trip 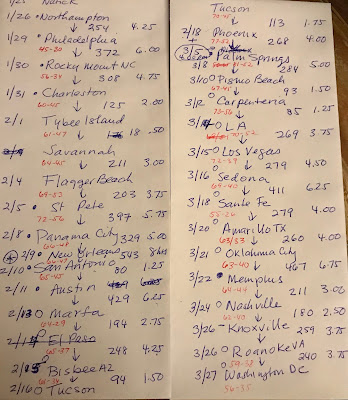 This post is in no order. Since we hightailed it back to Massachusetts from California, the Corona Virus has taken over day-to-day life. But our 8 week road trip was too magical and too awesome not to write about it, not to share. So I'm going to randomly post snippets.

For starts, here is our loosey-goosey itinerary. Nothing after Blythe California was as planned because we were instead racing to get back home before we might be quarantined or sheltered in place in one state or another. But boy was our trip from East to West wonderful. 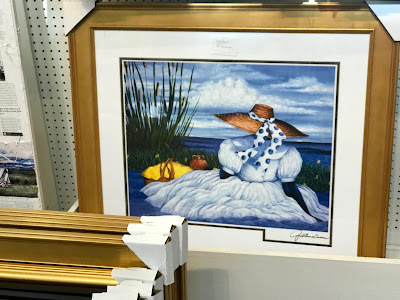 In Charleston South Carolina, we tracked down one of our favorite artists, Jonathan Green, and found the gallery where his signed prints are sold. We bought one, our first purchase of the trip, and we're still giddy about it. We came close to visiting his house and studio, but that's another story. 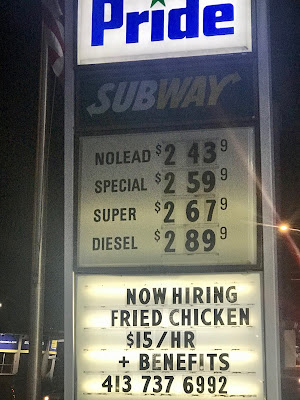 This is one of many signs we found along the way. I went out of my way looking for interesting and/or comical signs and sooner or later, I may bunch them all together into maybe a chap book. I wonder how many fried chickens applied for this $ 15/hour job? 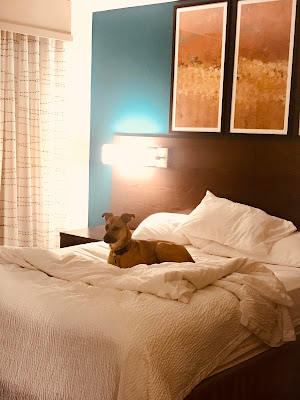 All in all we stayed in at least 20 hotel rooms. In every one, we spread out a blanket for our dog Mattie and gave her a beloved greeenie on the bed before we left her alone. She was perfect the entire road trip, in the car, on the road, on city streets, in hotels and in people's home. She loved being with us. 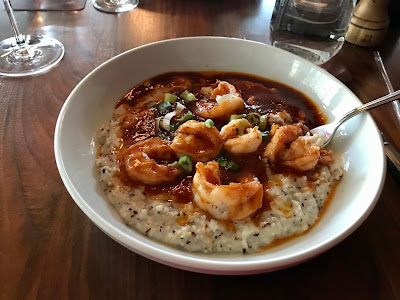 This was my very favorite meal of all time. Shrimp and grits at Henrietta's in Charleston. It was orgasmic. 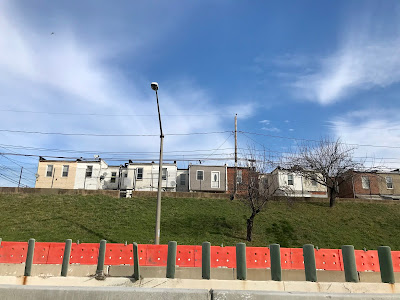 I have no idea where this was. Just a scene among hundreds as we headed south and then west. 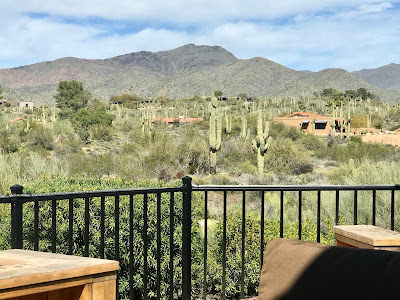 We have friends who moved to Carefree Arizona and this is the view from their deck. No subdivisions for these two--they are smack in the desert. While we were there, a loud rattle sound came from the garage. Not one but two RATTLESNAKES! The fire dept came and disposed of them, meaning they carefully captured both and released them not far from this very scene. 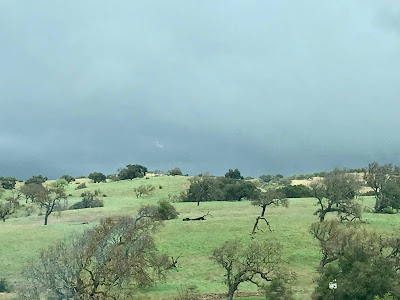 Oh Southern California. I could breathe you in every day. 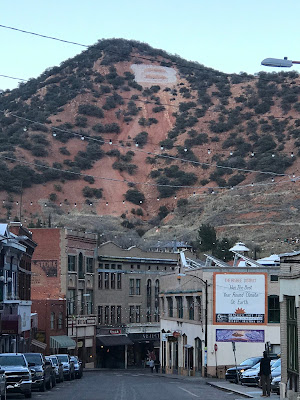 Bisbee Arizona.  Once a thriving copper mining town, it has a charm to it that made it one of our favorite places. This is the Main Street, with all kinds of fantastic specialty shops and restaurants. We shopped a lot here. 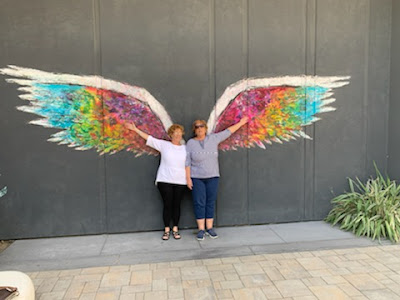 Here we are  in Palm Springs visiting with friends. :^) 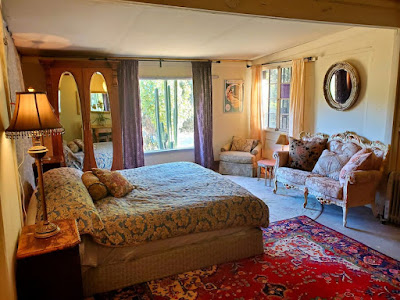 This place has a story to it! Nestled in the hills of Topanga California, it was the first time we tried AirB&B. It looks darling, right? It was called the French Quarter. We arrived to mud. More mud than I'd ever seen. JB's feet sank down 6 inches trying to get from the car to the front door. It was too late in the day to start over, so we hunkered down in the "French Quarter" for a night of uneasy funk. The place was tired, worn, unelegant. We laugh about it now, and we managed to reconnect with my dear friend ValGal at a local restaurant. But jeez Louise, mud and more mud.

More to come. I hope my friends here are feeling as safe as possible. The virus and Donald Trump are  cause for great concern. I'm home appreciating the little things that aren't little, but it's pretty weird to be living a different life. I hope it's temporary.